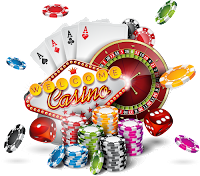 I’ll preface this article by stating that it’s opinion based on research, observation, and discussions with individuals from the industry.
Lets begin with defining the difference between a Social Casino and a RMG (Real Money Gaming) Casino.

Social Casino’s are games that include casino-style games such as slots, blackjack, poker, etc.  A player will play a social casino online alone, against a computer,  or with others. Social casino’s do not use real money but virtual currencies that cannot be redeemed for anything but extended gameplay and perhaps some social status within the confines of the game.  However, several court cases have concluded that betting virtual currencies does not constitute staking something of real value even if it was purchased with real money, therefore Social Casino games are not considered gambling games. 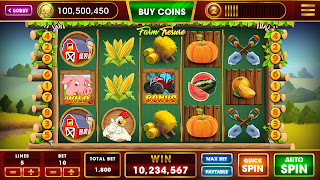 RMG Casino - RMG Casino is a broad classification referring to any casino game where there is a wager of real money using prize, consideration, and chance to determine the outcome.  You can wager real money and cash-out for real money, prizes or other benefits these are true gambling games and can take on the form of slot machines in a land based casino, to a poker website where players bet against one another, to other forms of machine based gambling.

There are many variations of RMG casino’s and even ones that blur the lines of social and RMG we won’t explore these in detail within this article, but in many jurisdictions where RMG games are illegal many operators have turned to other methods such as lotteries, or social games that have prizes associated to them.   Buying a lottery ticket is legal almost anywhere making games that make buying and playing a lottery ticket interesting is another form of RMG’s that is highly popular.
In context of this article we are juxtaposing real money vs social.  When we look at these two games on the surface they are very similar and in most cases are even the same games being played. 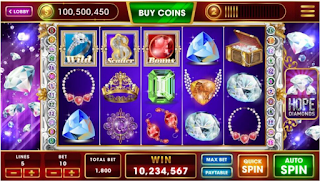 However, when we dig deeper there are many differences that can clearly create the classification of both.

a.       The player base of Social vs. RMG tends to remain the same in terms of age, gender, and income when you look at the types of games being played.


b.      A big difference between a Social Player vs. a RMG players is that social player
generally play for entertainment, compete with friends, to get a sense of
“achievement” and “bragging rights” .

c.       RMG players tend to play to “get in the zone” meaning a state where all
thing outside of say the “Slot machine” are forgotten and it’s just them in their world.
As well, as the risk vs. reward of betting real money.  In other words, real money
players enjoy the rush of adrenaline when risking real money for a reward.

To oversimplify the concept: generally in social games players are there to “achieve” and RMG players are generally there to get a “rush of adrenaline”.   While achieving and adrenaline are not mutually exclusive achievement is accomplished through consistent pace and time vs. reward methods, where as adrenaline based activities are completed in shorter time and gratify quickly.

With my above statements about the differences in players lets look at the strategies used to entice these different groups and how they are different but complimentary.

3)    Engagement and Retention
a.       Social players are playing to “achieve” something which generally means putting in an effort to complete it.  Whether it’s unlocking the next game by levelling up, getting a new achievement in the game,  surpassing a friends chip count, winning a tournament, travelling further in their adventure, etc.  It’s the cumulative result of their efforts that keep driving them to play.  Which is also why we see players with high engagement retain very long in social.

i.      The negative side to the social games is that competition, ease of access to other games, and the constant need to create new content in order to satisfy the ever expanding consumption of content can lead players to move to new games.  If games do not grab the player within their first 5 minutes, they are gone never to return.  As well, engagement does not mean “monetized” players which just doesn’t exist in RMG.

b.      A RMG player is engaged as long as their bankroll sustains their adrenaline based
entertainment and they are enjoying the RMG game they are playing.  Engagement is
shorter but very intense.  RMG players are divided to 3 main groups  -
i.      Casual Players – they come with fixed budget to the casino these are players who want entertainment value for their money by playing the games, drinking, eating, seeing a show, etc.   Casino’s create “Low volatile” machines (see ours article re casino terminology here: http://blog.blazesoft.ca/2017/05/understanding-backend-platform-of.html?spref=tw)

ii.      Regular players that play for small to mid-sized amounts. They stay at the casino for hours to gamble and aren’t interested in other available activities at a casino. They play a variety of machines depending on their preferences and “lucky” feeling they have for the session.

iii.      Gamblers or “Whales”  – they play with high amounts, they don’t like to get small winnings and ok are losing because it brings them closer to the big win (Jackpot, freespins , etc’) . Gamblers don’t like to be disturbed and prefer to have no “audience” while they play they want to be in their “zone”.

c.       When a RMG player is in their “zone” (article regarding Zone can be found here:
http://blog.blazesoft.ca/2017/05/getting-into-zone-slot-machine.html?spref=tw )  the
state where it’s just them and the machine, the engagement level is extremely high, but
lasts only as long as their bankroll allows.  However, having a larger bankroll
generally does not mean longer engagement.  Larger bankrolls generally means the
players will raise their wagers to an acceptable risk level that gives the right amount of
adrenaline to suite their entertainment needs.
i.      Retaining a RMG player isn’t as difficult as in social especially if the operator can make the player feel special upon their first visit.  However, RMG has very specific nuances. A RMG player needs to feel they can win.  The timeframe isn’t 5 minutes and gone forever like social.  The adrenaline chasers understand that there are wins and losses and it’s getting past losses to wins.   These players will look for games they feel can “win”, are “lucky”, or put them in the “zone”, which when found creates great retention.
To summarize:


Business models
a.    Social casino – is generally a free to play game that allows players to buy virtual  currency to extend your gameplay – this is perfectly suited to the long term play and “achievement” based needs or the players.
i.     Social games being free have a much higher volume of players but most players don’t monetize.  It’s individuals known as “whales” who will spend large amounts of money trying to compete, achieve, and win that will drive huge revenues for the top Social games.
ii.     The Social casino industry is much smaller generating around  $4.4B revenue predicted for 2017.  The relatively young social casino games cost considerably less to operate and is anticipated to grow.

b.   RMG – every game costs the player real money to play with a potential prize at the end that has real money value. – perfectly suited to give the player their “adrenaline” based needs a fix every single game they play.
i.     RMG games costing money for every spin have much fewer players but overall each player will monetize without issue.  The RMG games make much more per player due to the model being used.
ii.     RMG is very old industry and has perfected it’s art.  Online Gambling alone is predicted to top $50B revenue by next year and growing.
iii.     There are various restrictions, regulations and geographical limitations. In many countries Gambling is forbidden at all or available in certain locations. It is not as accessible as Social games 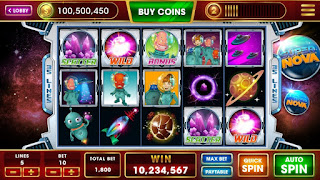 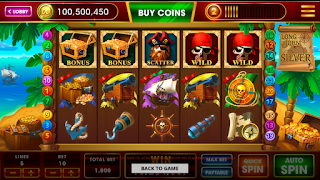 In this "VS."  discussion, there is no winner: 2 different strategies with very similar goal – to monetize your players.
However, we see these two trends a complimentary strategies.  If you are doing one you should offer the other otherwise there is money being left on the table.
Today’s trend of many leading companies is to build a “best of breed” – RMG Casinos and operators tend to launch social games as part of their “loyalty / retention program while social games exploring their options to get into the RMG which is a harder proposition but is being explored extensively now.

Do both and do both well by understanding your customers and what they enjoy to do.  You can monetize each of your segments much better by having a variety of offerings that are seamlessly integrated in a 360 environment.  That’s where Blazesoft comes in :)

Blazesoft provides an A-Z platform and CRM system for gaming customers. Both RMG and Social.  Our CRM for gaming solution controls all aspects of game settings and player’s management and retention.It also manages various features related to casino - 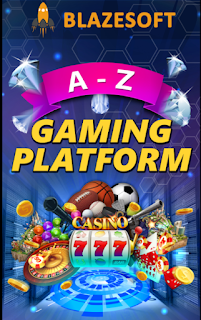 ** thank you to Daniel Vivona for your collaboration on this article